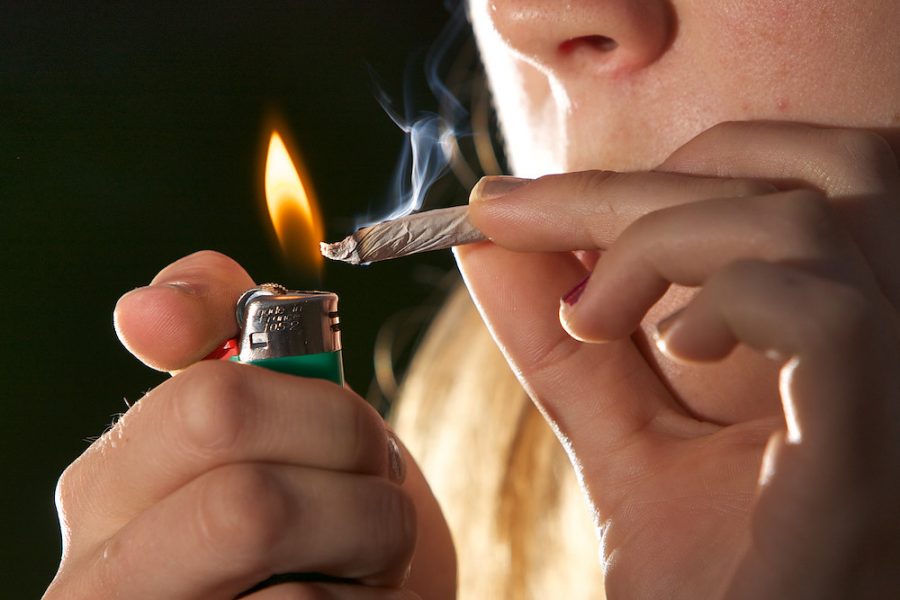 Right now in North Carolina, if you are caught with marijuana, you can face up to eight months in jail and you might have to pay up to 8,000 dollars! Marijuana is handed out to thousands of people medically so why can people not smoke without a medical card? It is good for curing mental and physical problems, it boosts the economy, and it is a good way to relax after a stressful day of work.

How does this affect our youth? Will they smoke all the time and drop out? The Denver Post put out a statement that since legalizing weed, dropout rates have actually gone down. While marijuana might be more easily accessible for youth, it will be safer for people to use, plus it will be regulated by the government. Driving intoxicated is one of the biggest problems with legalizing pot. In Colorado, if you are caught driving impaired, you will face fines, jail time, probation and possible community service. The offense for driving while impaired with marijuana is treated the same as driving under the influence of alcohol.

While there are few cons to legalizing marijuana, there are many pros. Examples of this would include more space in jails and prisons, resulting in less cost for the state inmate upkeeps. People will not have to sneak marijuana or smuggle marijuana. Now with vaping and e-cigarettes causing deaths and hospitalization, people are looking for healthier ways to smoke. If a professional athlete is stressed before or after a game, they have a new, legal way to relax. It can help cure depression, anxiety, and other mental disorders without the risk of ruining your body. Sophomore Keith O’Brien said, “People should be able to smoke weed whenever they want. It is healthy, clean, and it brings money that could greatly increase Carolina’s economy.”

Marijuana is actually good for your body, and has many positive components for your body. Studies suggest that oral cannabinoids are effective against nausea caused by chemotherapy, and some small studies have found that smoked marijuana may also help to alleviate these symptoms. In June 2018, the Food and Drug Administration approved the use of a medication containing cannabidiol to treat two rare, severe, and specific types of epilepsy called Lennox-Gastaut syndrome and Dravet syndrome that are difficult to control with other types of medication. This CBD-based drug is known as Epidiolex.

In North Carolina, the government still has not let medical marijuana be legal. There is an estimated 330,000 people in North Carolina that have depression, and 59,000 people have cancer. Those are just two of the many cases that can be helped by marijuana, but North Carolina will not even let people try to help themselves get better.