President Trump is voted to be impeached 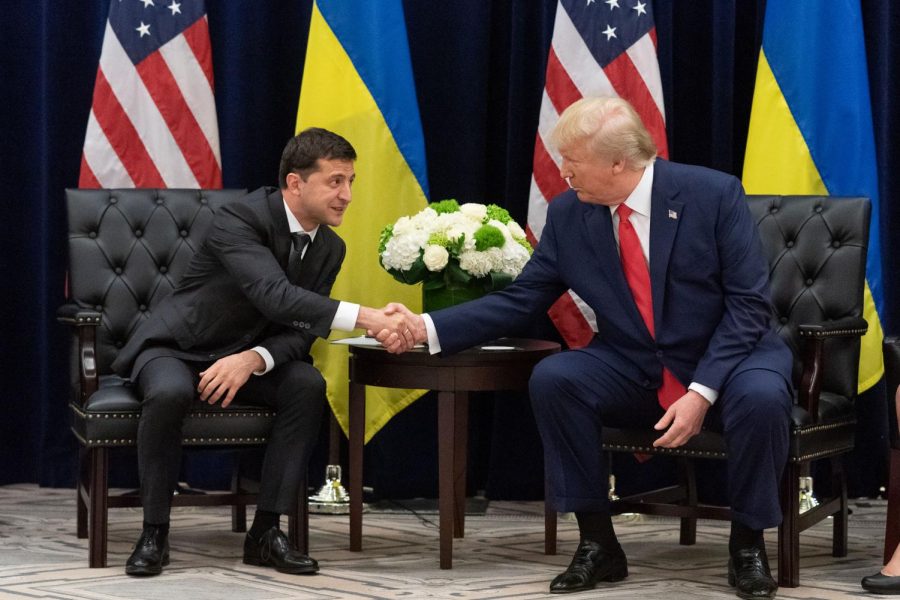 Shaking Ukrainian President Volodymyr Zelensky’s hand, US President Donald Trump met with his Ukrainian counterpart in September. A phone call between these two leaders is the primary cause for the articles of impeachment against Donald Trump.

On December 18, 2019, President Trump was voted to be impeached for abuse of power and obstruction of justice by the House of Representatives. The article for abuse of power passed with a vote of 230 to 197 with representatives voting nearly along party lines. The article for obstruction of justice passed with a vote of 229 to 198.

Trump was charged with abuse of power based on the phone call he had with Ukrainian President Zelensky, where he allegedly asked for an investigation into the company that employed the son of Joe Biden, one of Trump’s chief rivals in the 2020 election. He was also charged with obstruction of justice, resulting from the White House’s refusal to cooperate with the impeachment inquiry.

Although Trump has been impeached, he is still allowed to serve as president. The next step in the process is a trial in the Senate, where a two-thirds majority is required to remove the president from office. But because of the Republican majority in the Senate, it is unlikely that such a majority will occur.

Speaker of the House Nancy Pelosi launched the initial impeachment inquiry on September 24, following the phone call with Ukrainian President Zelensky, stating that this was the bipartisan, convincing evidence necessary to get the president impeached.

President Trump is the third president in US history to be impeached after Andrew Johnson and Bill Clinton, although neither of them were removed from office by the Senate trial.