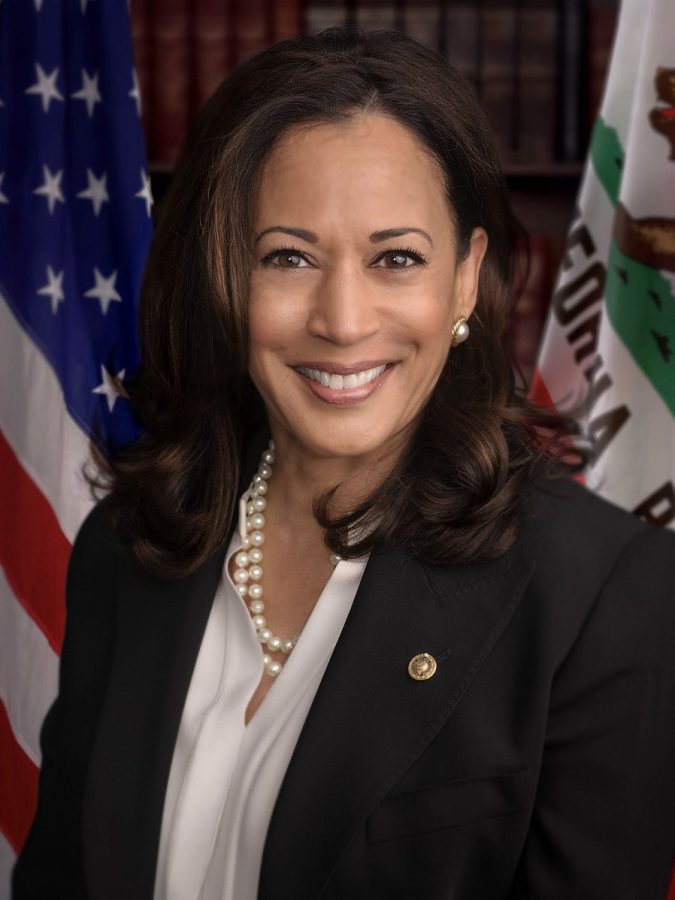 Posing for a photo taken upon assuming her California senator position, Kamala Harris is pictured as she began her journey in the field of politics. Since then, she has assumed multiple national level positions, including her current run for Vice President of the United States.

Presidential candidate Joe Biden has made his decision. This week on Tuesday, he chose to embrace a former rival of his, California senator Kamala Harris, to join him in running for the 2020 presidential election. Although Harris was originally an opponent, and even a critic of Biden’s in the democratic primaries, the end of Harris’ campaign led to her vocal support for Biden’s hopeful election. History has already been made by Biden’s choice for VP, as Harris is the first black woman to be nominated for national office in one of the two major parties. She is also only the fourth woman in the history of the United States to be selected for a presidential ticket. If the newly founded democratic duo beats Trump and Pence in the upcoming election, Harris will be the first ever woman vice president of the US.

Overwhelming opinion of major media outlets suggests that Harris was the safest choice that Biden could have made when deciding who his running mate would be. This is because she has experience in elected office, after serving as a district attorney, attorney general, and senator for the majority of her career. Harris was also a tough competitor for Biden in the beginning stages of the presidential election. Ultimately, she dropped out of the race last December due to a lack of funds. However, she holds beliefs and ideas which largely align with Biden, and it is believed that her background will help appeal to a larger audience of voters while also raising fundraising money for Biden and Harris’ joint campaign.

Although Kamala Harris faced some backlash and criticism during her short bid for president, it can not be ignored that she has the background which can relate to many Americans. As a black, Indian descent, Asian-American woman and the daughter of immigrant parents, her previous experiences have led many voters to follow her. She built her national profile to a respectable degree over the years while serving as an attorney general, and has even been complimented by big political figures such as previous president Barack Obama. The main opposition she faces are from people who believe she may be too focused on securing a future as US President herself, and that she has previously made questionable decisions on cases she oversaw as the California attorney general. Regardless of the outcome of this 2020 election on the rise, history will be made.