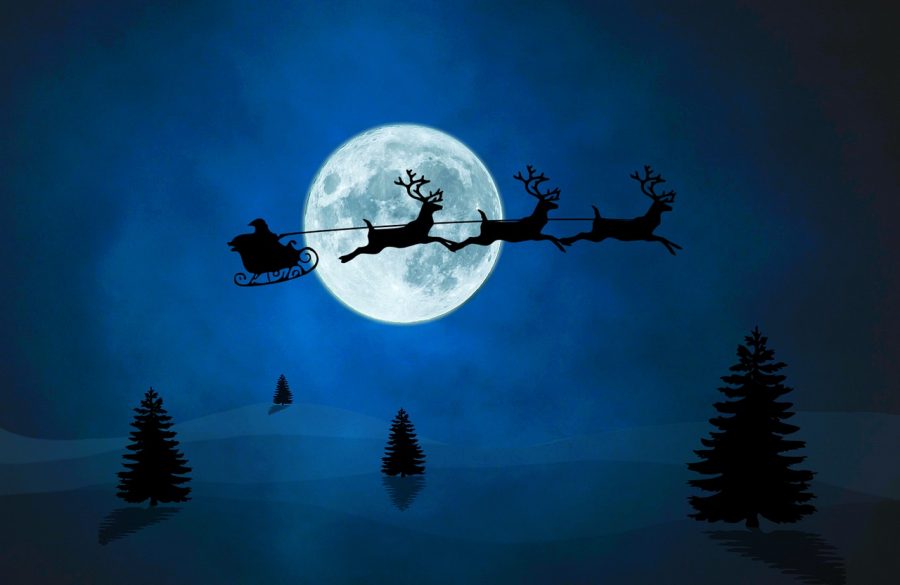 Santa Claus is known as the man in the red suit with a jolly belly and a long white beard. He has brought joy into countless hearts and whether or not he is real, his legend lives on.

For hundreds of years, kids all around the world have grown up with the mysterious jolly man in a red suit named Santa. The theory began in 280 A.D. with St. Nicholas, who was known for his kindness and generosity. He goes by many names including the classic Santa Claus, St. Nicholas, Father Christmas, Papa Noel, Kris Kringle, etc.

Countless movies have been made with the focal point being Santa. Some movies depict Santa as being completely real, while others say he is not. The movie Elf, for one, shows Santa to be real even when almost everyone tells Buddy the Elf he is not. Another movie that makes Santa out to be real is The Polar Express, where only true believers can hear the sleigh bell. What is difficult about cracking the case of Santa is that there is so much evidence from both sides.

From a young age, most children are told that Santa is real, yet once they hit a certain age, they either find out on their own that Santa “is not real” or their parents tell them. Many Millbrook students have their own views on the subject. Sophomore Justine Sanchez said, “Santa is real because one Christmas my mom was on a diet, and then we made cookies for Santa on Christmas Eve and the next morning they were gone. Santa had to have eaten them!” Agreeing with Justine, junior Jahmari Smith stated, “I think Santa is real because what other joy can the world have without another person to help us spread it?” With a differing opinion,  sophomore Reiley Purcell tells Cat Talk that “Santa is not real because there is no way he is.”

With the evidence provided by Millbrook students, it is safe to say that Santa is in fact real. Proof was given by  Justine, while Reiley had no facts to back up his statement. While many teens and adults may disagree, there is no hard evidence that Santa does not exist. Whether he does not deliver presents anymore, or he does not reach everyone in one night, no proof has come out to entirely prove the legend of Santa to be a hoax. Until then, Santa is real in many hearts this holiday season.