Sia’s new film is harmful to the autism community 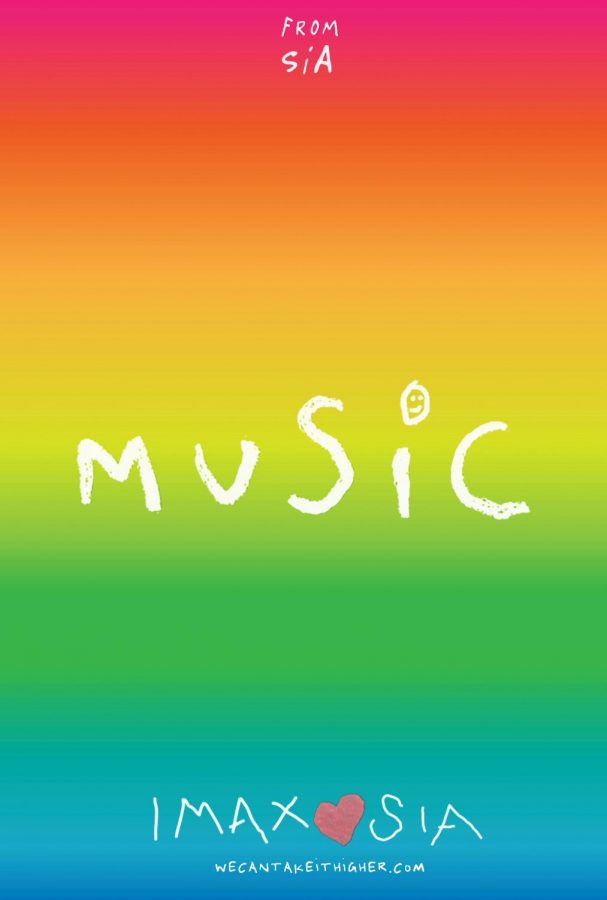 Do not watch Sia’s new film Music if you know, love, or respect individuals with different abilities. This film is harmful to the autism community and completely misses the supposed intention to spread love to those who live with special needs.

Long before the release of her film, pop music star Sia faced backlash for her directorial debut of the musical drama, Music. Released in February, this movie features big names in the entertainment industry: Kate Hudson, Leslie Odom Jr., and Maddie Ziegler. Since its premiere, and even beforehand, an onslaught of criticism reached the media, and rightfully so. The movie centers around a young girl named Music who is on the autism spectrum. Unexpectedly, she falls into the care of her older, newly sober half-sister, Zu. The movie explores themes of finding yourself and creating family, which in theory, sound like good ideas. However, this film has outraged the disabled community due to the harmful portrayal of autistic people, appearing to viewers as mockery all throughout Music. What started off as an upset over Ziegler, a non-autistic individual, being cast in the role of someone with autism, has since developed into a storm of anger over the countless harmful depictions of autistic individuals throughout the film.

Sophomore Caroline Kirby shared, “When I first heard about the movie I was super excited that they were making something to highlight autism, but I was very disappointed by the outcome. Using an individual with autism to be a part of the movie would have been a perfect way to show the strengths disabled people have.” Caroline’s concerns are echoed by advocates nationwide, who began to express their displeasure over Ziegler’s role in November of 2020 when the film’s trailer first came out. In fact, Sia responded to several of these comments, claiming that Music was meant to be a love letter to caregivers and the autism community, adding that even if it was nepotism and ableism, she could not create art if it did not include her long-time partner Maddie Ziegler. Unfortunately, the autism community was left disappointed and offended by the outcome of the film, calling it hurtful and potentially dangerous to all disabled people. Although Sia claims that she cast thirteen people on the spectrum to act and advise her film, and that she completed three years of research beforehand, it simply was not enough to make up for the offensive scenes depicted in Music.

Much of the controversy surrounding this insulting mistake of a production is based on a few scenes that Sia has now vowed to cut altogether. One moment shows the use of a widely debated technique called a prone restraint, historically used on individuals with autism who may be in a temporary, aggressive fit or meltdown. This method is one of the most dangerous and deadly forms of restraint, is known to be used disproportionately in schools on students with disabilities, and is even illegal in over thirty US states. The misrepresentation does not stop here. Ziegler is seen blinking her eyes rapidly, holding her teeth over her lip, and wearing headphones consistently throughout the movie, just to name a few mannerisms that are often employed as a way to bully autistic people for their exaggerated, uncontrollable stims. To put it simply, this movie is a long display of mockery that is heartbreaking for anyone to watch who knows and loves a neurodivergent individual. For me personally, as a nanny for two autistic children, an instructor, teacher, leader, swim coach, advocate, and friend of those with special abilities, I was deeply saddened to see autism presented in this light. Society must do better.