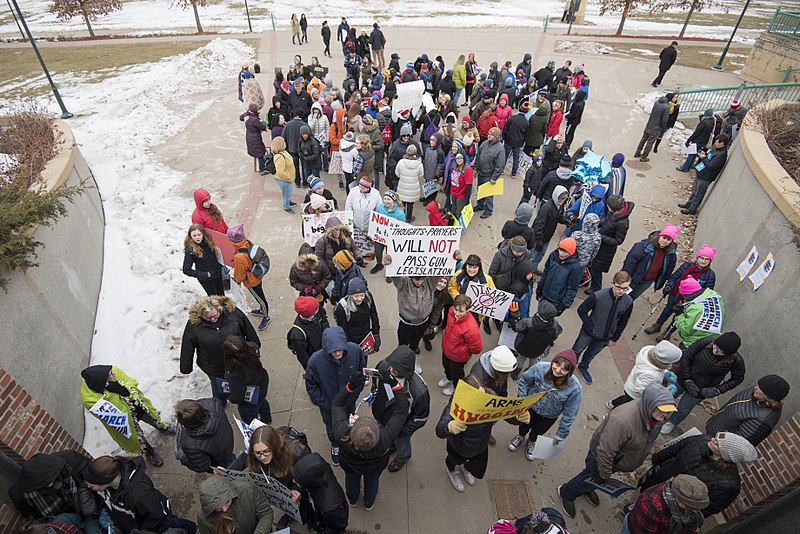 Gathering in Minnesota on March 24, 2018, protesters congregate for the March For Our Lives, created in support of gun control legislation. The movement was created as a result of gun violence and mass shootings across the country.

When COVID-19 hit the United States, one positive thing that came from the extended lock-down was the decrease in gun violence around the country. Since the pandemic restrictions have been lifted, the United States has seen a sudden and drastic increase in mass shootings. The correlation lies in the increased gatherings and the increased capacity of people in an area at one time. In addition, while Americans were focused on the tragedies and deaths resulting from COVID-19, people were less likely to carry out mass shootings. However, now that the country is beginning to reopen, America is seeing a spike in mass shootings.

On March 22, alleged shooter Ahmad Al Aliwi Al-Issa entered a Colorado grocery store and killed 10 people. Al-Issa was carrying an ARR56 pistol and a handgun when he entered the parking lot and store. He was charged with 10 counts of first-degree murder and one count of attempted murder.

On April 7, suspected shooter and NFL player Phillip Adams was found dead after killing five people, two of which were children. A .45-caliber and 99mm were both used in the shooting and about 20 shots were heard by a witness. The shots came from the house of the victims: a doctor, his wife, their two grandchildren, and a member of the house staff. A sixth individual was also injured in the shooting. The suspected shooter shot himself after committing the murders.

On April 16, a gunman opened fire outside and inside of a FedEx Warehouse, killing 8 people. Four victims were found inside the building, and four were found outside. One witness claims that the weapon used in the shooting was a rifle. The police have a suspect for the individual responsible for the mass shooting, but no arrest has been made.

The list goes on as a spree of gun murders have erupted across the country, the spike beginning in the middle of March and continuing to the present day. As openings continue and restrictions ease, gunmen are returning to public areas more frequently. Junior Jessica Finnessy stated, “It’s sad to see that both adults and kids are affected. It’s not only happening in schools, but in various places all over the country.” The openings represent progress in the goal of getting past COVID-19, but the return to normalcy is becoming a threat to many.