Gas shortage: what to expect at gas stations across the Triangle 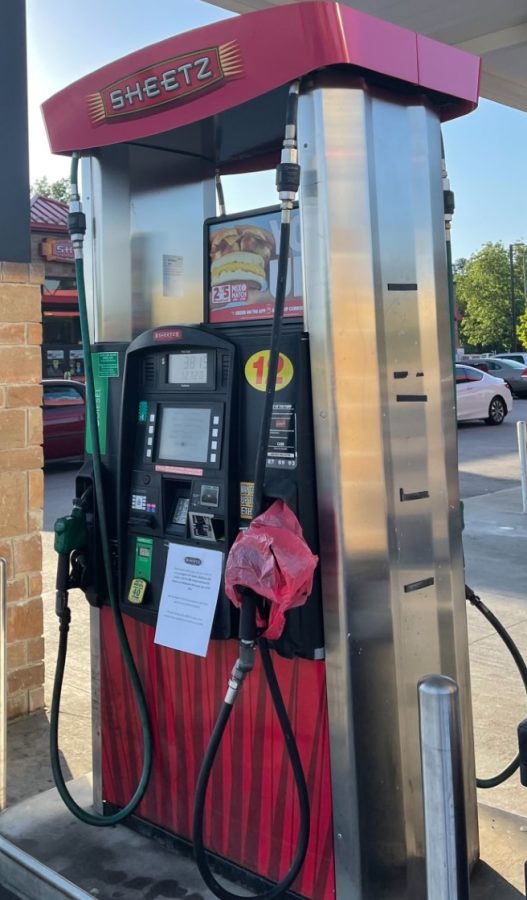 With bags covering the gas pumps at the Sheetz in Knightdale, people continue searching for an available gas station. After the cyber attack on the state’s gas pipeline, there is a greater demand for gas than there is supply.

As of Tuesday, May 11, gas stations across the state have struggled to keep their pumps open after a cyberattack against a major interstate fuel pipeline occurred in the past couple days. Almost every gas station in the Triangle is either closed and turning people away, or managing the traffic and letting people get certain amounts of gas.

After a cyber attack on the Colonial Pipeline, which delivers almost forty five percent of the fuel on the East Coast and in eastern North Carolina, operations had to be put to a stop last week. The cyber attack was in the form of a ransomware attack that could affect some of the pipeline’s systems. This has caused many fuel trucks to not be able to transport fuel to local gas stations around the states, due to the halt of the pipeline. As a result of this, many news stations have addressed the issue this morning, which led to the panic outburst of people rushing to get gas throughout the day.

North Carolina Governor, Roy Cooper, has addressed the issue and has cautioned the citizens across the state to not get into a panic, and to not rush to top off their tanks. But as some are running low on gas or are about to be out of gas, gas stations across the state and in the Triangle have begun to run out of gas and are placing bags on the pumps. Another statement that Governor Cooper has issued is that he has put in place North Carolina’s state of emergency declaration that does not allow the state’s high prices of gas to increase in this time of crisis. Cooper warned people to call if there are any reports of price gouging at any gas stations with gas still available. He also said in a statement that he has talked with federal officials and has put in place a full-court press to get the Colonial Pipeline back up and fully operating quickly.

Many gas stations across the region have lines going into the road, limiting customers to a specific limit of gallons to buy, and either half an hour or longer wait times. As this gas shortage continues, be smart about where you are traveling to in order to save up as much gas as you can and to keep from having to refill when there are no available gas pumps around. It is not certain when this will be resolved, although most believe things will be better by this weekend.