That’s What She Said: Inappropriate TV Shows Are Bad for Teenagers 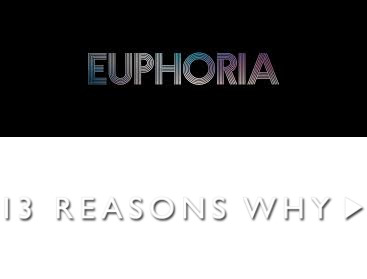 13 Reasons Why and Euphoria are significant examples of shows that exhibit negative behaviors to teenagers as being cool. Watching shows like these lead teenagers to behave and act out what they see on television.

Teenagers might think that they are growing into adults, but in reality, they are still growing and what they watch and listen to influences how they will act. The worst influence on teenagers is inappropriate television shows that introduce them to and sometimes even glorify the bad things in life. Therefore, when choosing what shows to stream, teenagers should make careful decisions based on how appropriate they are for their young age.

There are major reasons as to why inappropriate TV shows are bad for teenagers to watch including language and violence, nudity and sexual content, alcohol and drug usage, and suicide. At least one of these things will appear in a TV show that is popular among teenagers, which can portray these things to teenagers as being acceptable to participate in. So, should teenagers really be able to watch these shows if it opens a gateway for inappropriate behavior to settle into their lives?

One important issue with inappropriate TV shows is their broadcast of profanity and violence towards other people. It has been shown in the past and in people’s daily lives that teenagers will repeat what they hear or see occurring in a TV show. Watching a violent show or movie, children start to behave more aggressively as they begin to be programmed to act that way. This is particularly because when seen on television, it may seem justifiable to mimic what is shown for the main reason that celebrities are allowed to do it.

Teenagers might be getting older and adjusting to new ways of life, but their eyes should still be protected by seeing nudity or TV-MA (Mature Audience Only) content. The main issue with teenagers being subjected to seeing this content is they do not have the maturity to handle such inappropriate scenes that are completely exposed for them to see on TV. Besides, television shows do not exemplify the correct ways to go about situations in which there might be sexual activities. These type of situations are shown in shows like Euphoria where teenagers are faced with having to cooperate in sexual situations where they might feel uncomfortable or feel objectified. This makes teenagers watching the show not feel as confident as to what they should do when confronted with the same situations, as the TV show does not represent what they should learn to do.

The most pressing issue is the amount of drug and alcohol use that is presented on TV for teenagers to be able to freely watch. A prime example is in the show Euphoria where audiences are shown how characters continually use drugs and alcohol and become addicted to it. These shows broadcast a positive connotation to using drugs and alcohol, which can in turn increase the amount of teenagers using things that can hurt all aspects of their health. Without TV shows showing the dangers of using alcohol and drugs or how to cope with an addiction, it presents an attitude to teenagers that participating in that lifestyle is fun and that it should be glorified.

All teenagers have hard days and some can normally pull themselves back up, but when others are not as strong, they are more vulnerable to making decisions like committing suicide. Several TV shows exhibit instances where people will or try to commit suicide like in 13 Reasons Why, as suicide is portrayed as being the normal everyday occurrence. Not only do shows like these broadcast the worst part of people’s lives, they manage to not show the good things in life that can keep people going and focus on how to stray away from negative thoughts. As suicide has begun to be seen as a “coping” mechanism in certain television series, teenagers are introduced to this wrong teaching and will soon start to believe that suicide is the answer to all of their problems, instead of working things out.

There are many reasons for a parent to rightfully forbid their child from watching certain television shows, mainly based on the reason that they only provide negative habits to come to surface in the teenager’s life. Although exposing teenagers to dangerous situations could allow them to realize what can happen in real-life situations, it can have harsher consequences on how they begin to behave in the long-run and mimic what they see on TV.