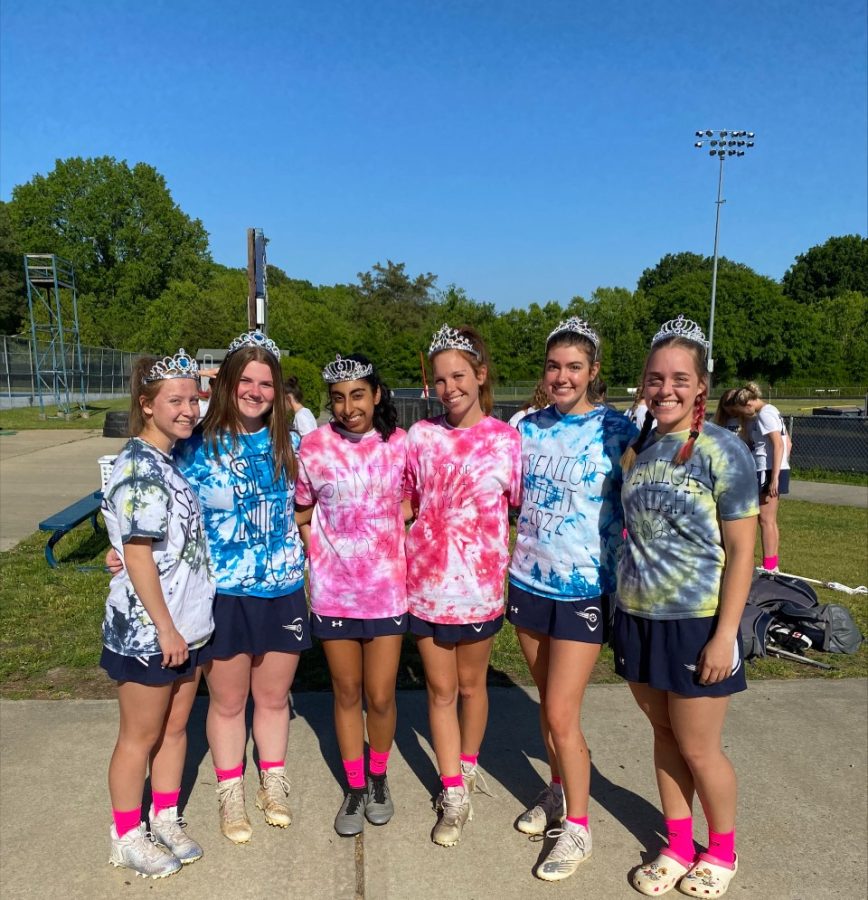 Coach Cope described the seniors of the Millbrook Women’s Lacrosse team and their contribution to the team.

Claire Sterling: Claire came back to Millbrook this year after moving away. Getting her back this year was massive for our offense, and it means we had a very competent offensive player coming off of the bench as a reserve. She was able to jump in and be a starter when we needed her to. Claire did a good job because she has a very specific role as a ride, and she does it very well where she marks the opposing goalie.

Saira Sadhwani: “She is my favorite example of a rule I have, that is every year we have a senior step up and do something that we did not anticipate they would do. You never know who it is going to be, and this year for us it was Saira. She had this desire and willpower to be a starter. She worked from the end of last season to the start of this season to make sure that her skills and tactical understanding were going to be at the absolute highest. She is someone who has been hard for us to sell off the field.”

Captain Carly Murphy: “Irreplaceable. This season we wanted to change the nature of our program. I have a plan for the next 10 years, which is to move forward with the team and win the state championship. I think as a team you follow your leader, and I think lots of people think the leader is the coach, and it is not. The leader is the player that emerges as the leader and in our case it is Carly. Players look up to her as a leader and role model. She carried this team into the postseason through her desire to do something historic. I think her impact will be felt for years to come.”

Gracie Porter: “I would describe Gracie as ruthless. Last year, she began to make a difference for the team just like Saira, and she has continued to do so. She plays attack and is on the offensive side of the ball, but her greatest contributions come in with how well she plays defense when the transition starts.”

Captain Jessica Finnessy: “Jess got injured in the first game of the season. Although she couldn’t play, her presence was felt tremendously by showing up to all of the practices and being encouraging to her teammates. She is a great leader and personality to have on the team. She will be greatly missed even though she was not on the field this year.”